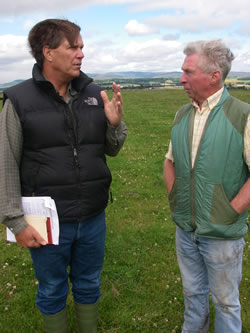 Geordie Soutar (right) of ForFar
Scotland and I discuss the remarkable
native Aberdeen Angus which he
brought back from near extinction.

Aberdeen Angus is a famous name and it is popular on menus across the world, but few realize that most of the time they are eating a cross bred animal at best (they are allowed to be called Aberdeen Angus when only sired by a bull, therefore 50% Aberdeen Angus) and black cattle at worst (for in USA they only need to be black to qualify for the Certified Angus Beef Scheme). As farmers look towards profit and mechanization they select species for larger conformations of cuts to the detriment of flavour and texture. The development and cross breeding of the species has created a breed that is a shadow of its former self. It could be said that the modern angus is trading very much on the reputation built by the original Angus breed. In contrast the original native bred Aberdeen Angus is 100% pure bred from heritage, grass fed and traditionally reared beasts with no imported bloodlines.

The native bred Aberdeen Angus originated on farms in the Scottish counties of Banff and Angus but now in Angus and Borders. The original herd dates back to the 1830's, with Herd Books dating from 1860's. There were nine cow families left when Geordie Soutar rescued them from near extinction.

Aberdeen Angus is seen as a beef cattle nowadays but was traditionally a smaller, dual-purpose beast for both dairy and meat production. Farms used it to give milk for cheese, crowdie and butter. The short fibers produce tender meat with a healthy balance of nutrients. More recently the breed has been â€˜developed' and most are now American, Canadian, or New-Zealand Aberdeen Angus to be bigger animals that grow more quickly, sacrificing the flavours and qualities unique to the Scottishs native breed.

There is a risk they will be cross-bred into extinction with the modern Aberdeen Angus to achieve bigger faster growing animals. The native bred Aberdeen Angus are famous for surviving on less food, having been used to the harsh environment of rugged Scotland. Modern breeds cannot cope with this as they are modified for consuming more energy, including fattening on grain, for fast growth. There are dedicated farmers who still retain their pure bred herds, there are approximately 150 to 250 breeding animals left and it is on the Rare Breeds Survival Trust Critical List.

This breed is rich in flavour, with a hint of sweetness from the grass, juicy and with exquisite marbling throughout. The breed, feed, flavour and hanging from these traditional methods makes for a superb product. It is versatile with all the traditional cuts - slow cooked or grilled, roasted or cured, minced or for charcuterie. The smaller conformation allows for a thicker steak with the resulting contrast in textures - caramelized outside and buttery, melt-in-the-mouth inside. 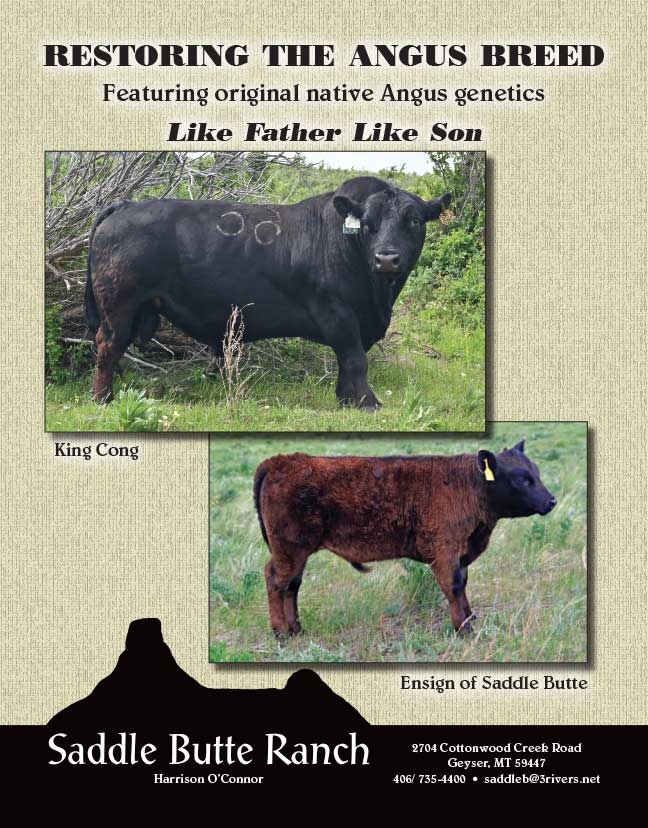